When the ballfields were built at Olive Park in the 1940s, the Burbank Parks and Recreation Department offered baseball for boys and men. Now there are hundreds of teams in the boys', girls', men's and women's baseball/softball leagues. Burbank's 22 parks provide plenty of playing fields, tennis and basketball courts, and tree-shaded lawns. Always receptive to the needs of the residents, the City has expanded opportunities to include a roller hockey rink, skateboarding facilities, soccer fields, swimming pools, and senior activity centers. 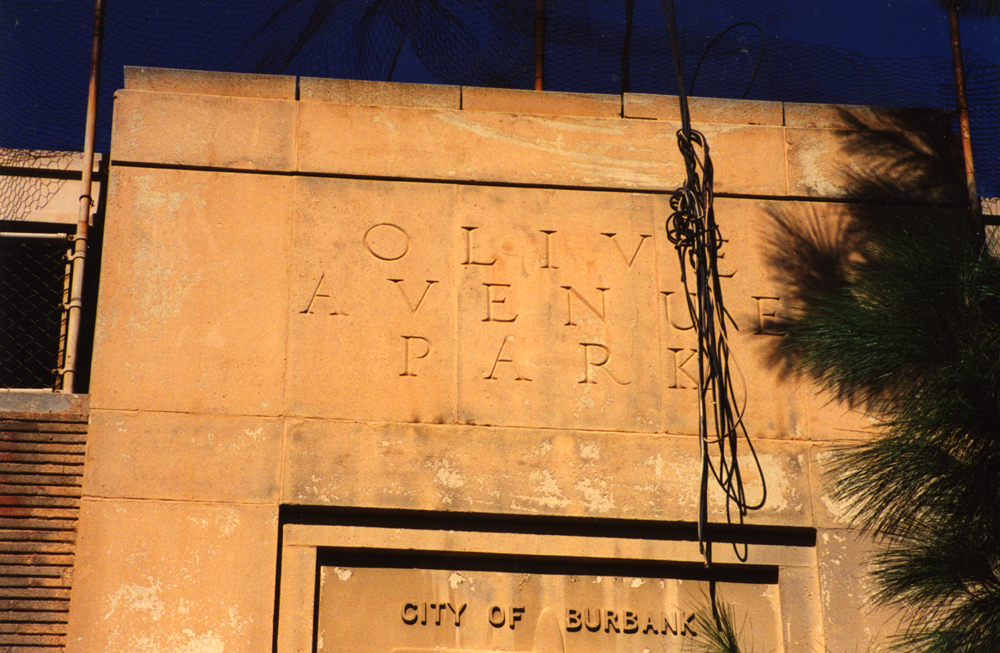 George Izay Park and Olive Recreation Center Image Collection
In 1935, the City approved the purchase of land at this site. Subsequent acreage was approved for purchase from Gene Autry. Discussions were held in 1941 with respect to the increase in the defense industry in Burbank. The Lockheed and Vega plants anticipated an increase in their employees by approximately 50,000 by the following year. As a result, certain portions of the property were authorized for lease to the U.S Government to construct a community building (Olive Recreation Center) on site. This building was to be used primarily for the benefit of defense industry workers. In 1942 the City of Burbank purchased the recreation building for use by the community. The Superintendent of Parks then presented plans to the Park Commission for the development of a recreational facility including a sports complex, bleachers, and children’s play area. By 1947, the 15 acre park included the recreation building, Memorial Stadium, the Auld Lang Syne Building and Little Theatre. The stadium served as a springtime home for Major League Baseball’s St. Louis Browns. It also served as a practice field for the L.A. Rams. The Stadium was demolished due to structural deterioration in 1995. A portion of the façade was preserved along with the two original plaques. They were rededicated on the 50th anniversary of the awarding of Memorial Stadium on April 15, 1995. On September 25, 1984 the Park was dedicated and renamed after George Izay who worked for the Park, Recreation and community Services Department for over 28 years. As Park Director, he oversaw the initiation of several impressive programs, highlighted by the construction of the Joslyn Adult Center. He was instrumental in the creation of special programs for senior citizens, including nutrition and transportation. His love of trees also made Burbank a more beautiful place to live, and such dedication to urban forestry enabled the City to receive the Tree City U.S.A. award every year since 1977. He was a member of the Rotary Club, YMCA Board of Directors, Burbank American Legion, California Park and Recreation Society, National Park and Recreation Society and International Shade Tree Association. 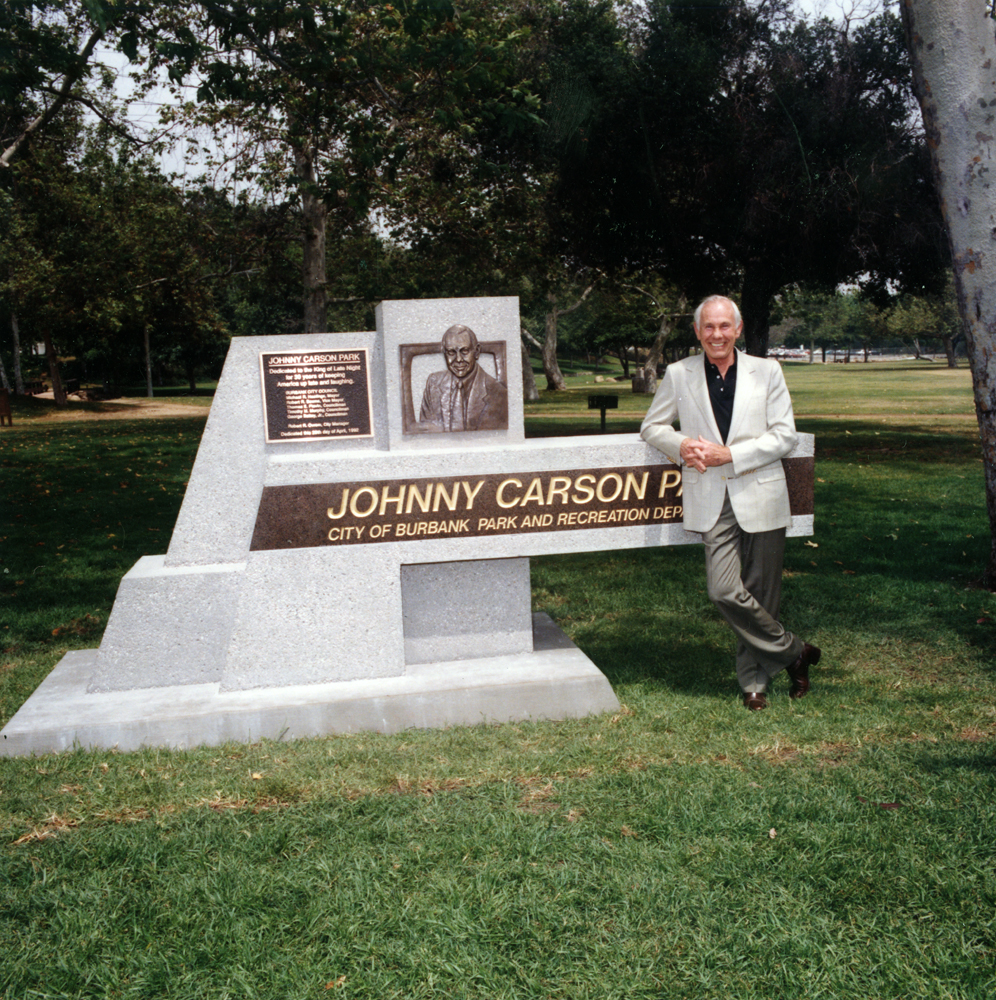 Johnny Carson Park Image Collection
In 1942, negotiations with the City of Los Angeles Department of Water and Power resulted in the purchase of approximately 51 acres for a future park development (10 acres of which were to be reserved for a future hospital site) in an effort to beautify the L.A. River area. Some portions of the land that were deemed unsuitable for park uses were sold to St. Joseph Hospital and NBC throughout the 1940’s and 1950’s. In June 1943, the site was officially named Buena Vista Park due to its proximity to the street of the same name. The construction of the Ventura Freeway further encroached onto the acreage. In 1968 an agreement was signed with the City of Los Angeles to lease a portion of Griffith Park to be used for park purposes (from Riverside to the flood control channel, bounded by Catalina and Buena Vista Streets). On April 29, 1992, Buena Vista Park was renamed after Johnny Carson to honor the host of NBC’s Tonight Show. The renaming of the former Buena Vista Park site was set to coincide with Mr. Carson's retirement from the Tonight Show. The Tonight Show Playground was named in honor of the $15,000 donation made in 1993 by Jay Leno through the Jay Leno Foundation to help raise funds for its construction. Funding also came from the Youth Endowment Services Fund. 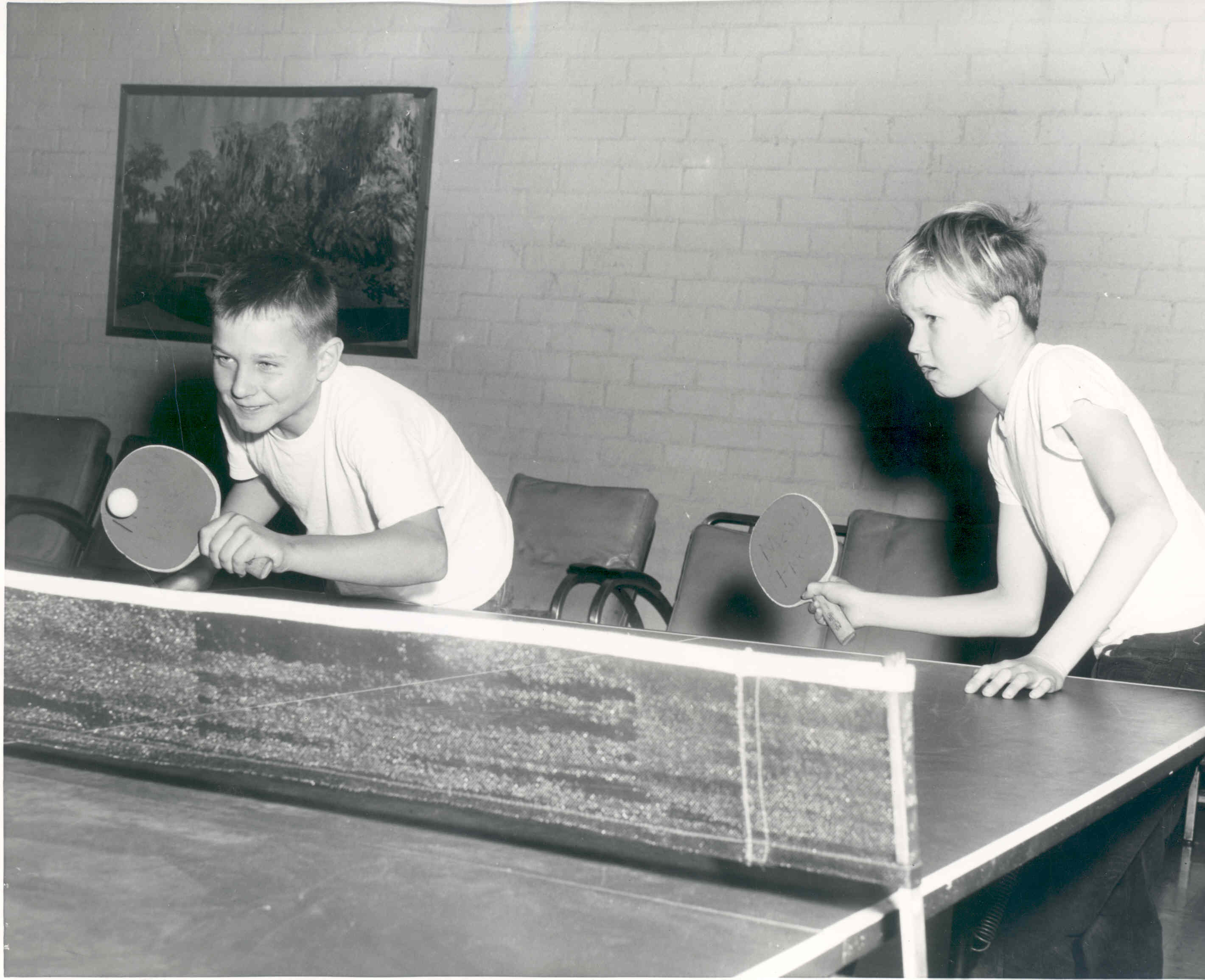 McCambridge Park and Recreation Center Image Collection
The area now known as McCambridge Park was originally referred to as the Civic Center area in the early 1920’s and 1930’s. In 1937, the Superintendent of Parks presented the Parks Commission with a preliminary plan for Civic Center Park. Discussions held regarding the funding for the proposed plan led to the submission of an application for the project to the Works Progress Administration in Washington, D.C. which was approved. In 1939, construction of the park site commenced to include construction of a recreation building, tennis, volleyball, basketball and badminton courts, softball diamond, picnic areas, wading pool, and playground. In 1942, Civic Center Park was renamed Glenoaks Park. Improvements continued with the addition of a Rose Garden, War Memorial, swimming pool, additional tennis courts, and parking. In 1953, Glenoaks Park was renamed McCambridge Memorial Park after James H. McCambridge, who was employed as General Manager of the Public Service Department from 1925-1952 and City Manager from June to August of 1952. He was credited with assisting with the acquisition of many parks in the Burbank system. 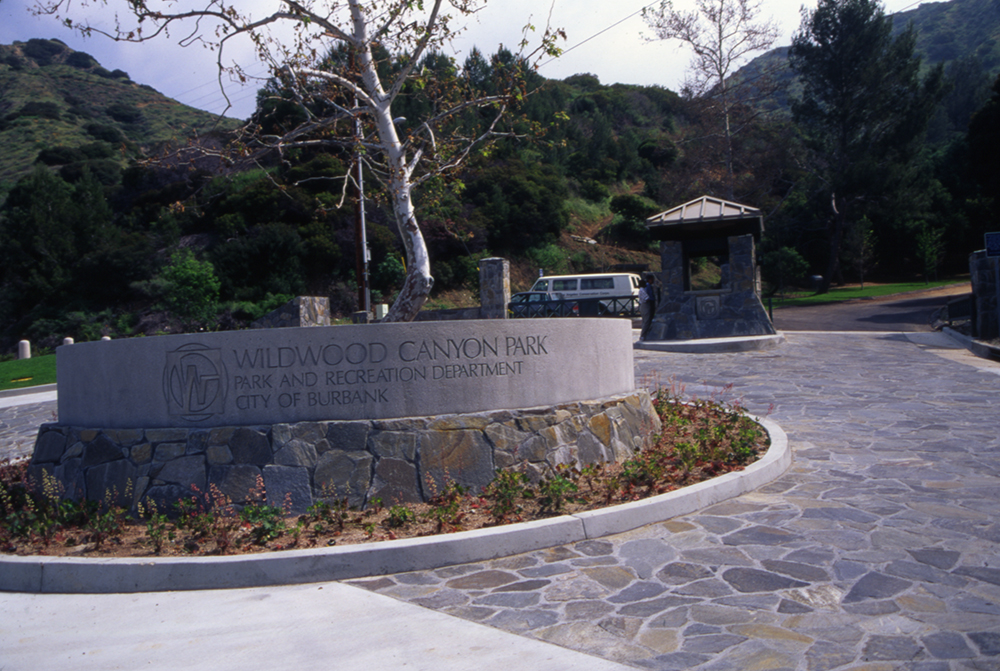 Other Parks and Facilities Image Collection
This collection contains images of the smaller parks and recreational facilities around Burbank, California. 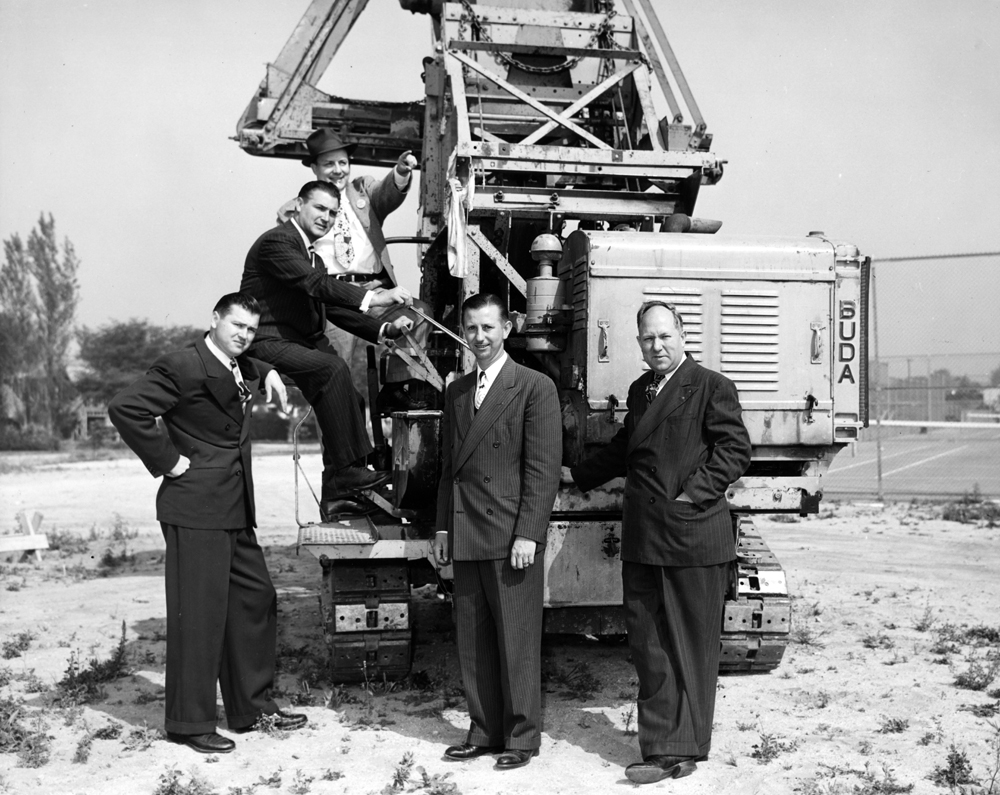 Park Board and Staff 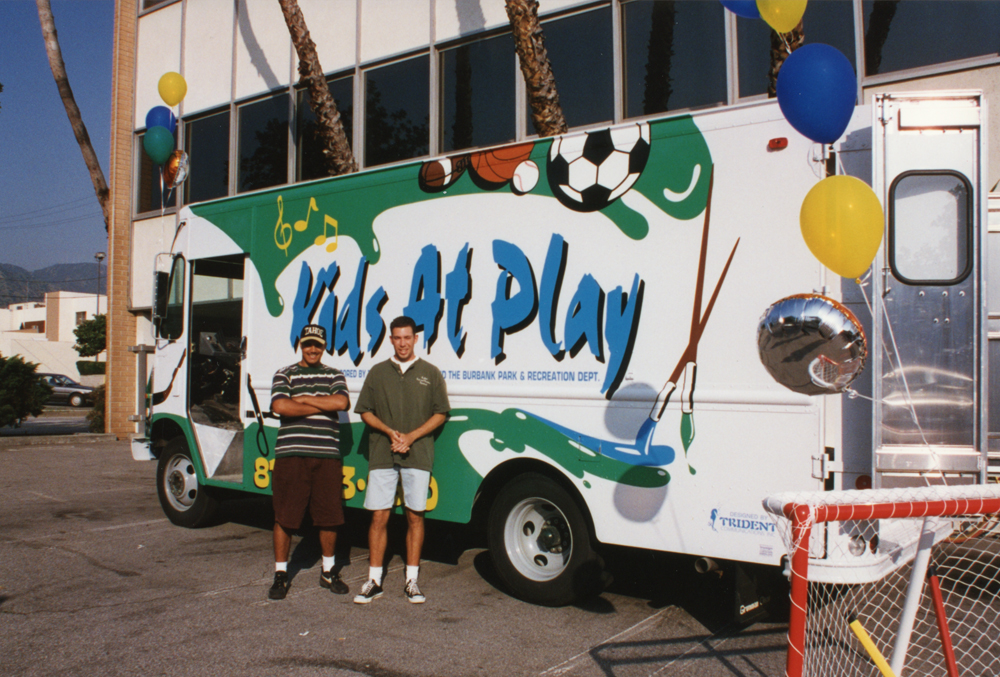 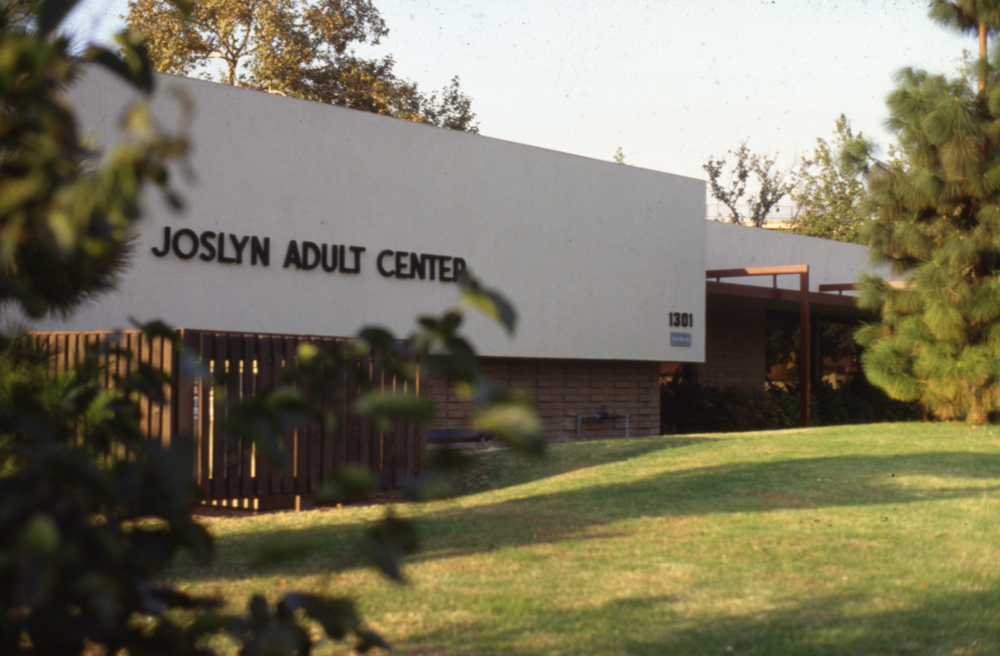 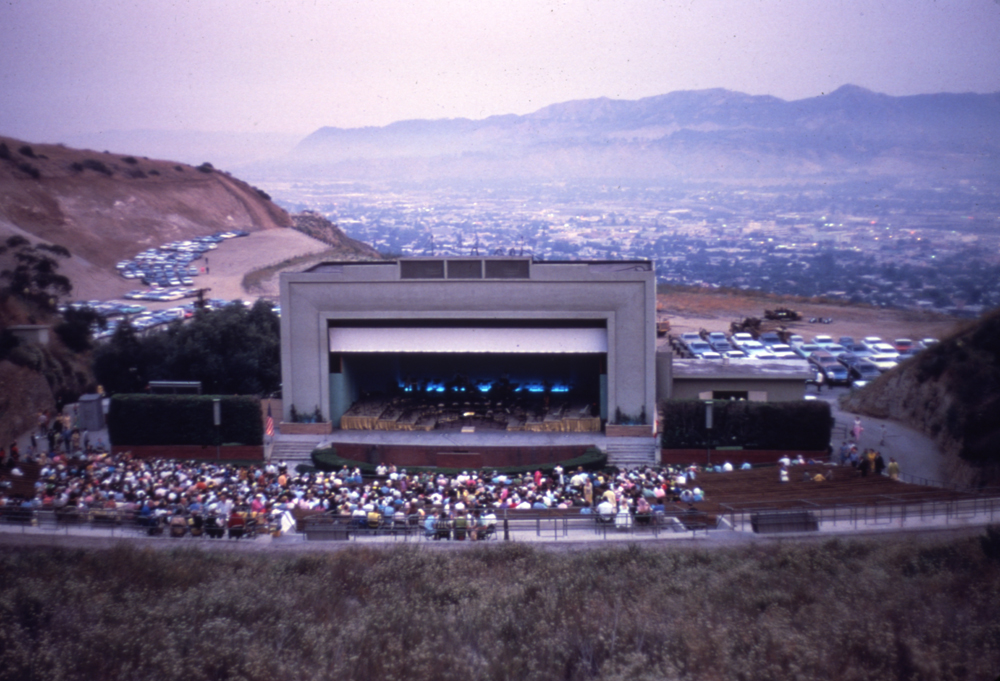 Stough Canyon Park and Nature Center, Starlight Bowl, and DeBell Golf Course
Nestled in the hills of Burbank are three gems offering relaxation, entertainment and exercise opportunities. DeBell Golf Course opened mid-twentieth century with newly planted trees and crowds of people. Hiking trails in the hills offer wonderful opportunities to explore nature. The Stough Canyon Nature Center opened in 2000 with exhibits and programming. The Starlight Bowl, built in the Burbank hills in 1948, has long been Burbank's best-kept secret. Over the years it has presented movies, stage shows, and concerts. Today the popular venue hosts summer concerts by the Burbank Chamber Orchestra and a variety of popular music groups, children's participatory theater, and the City's 4th of July concert with fireworks. 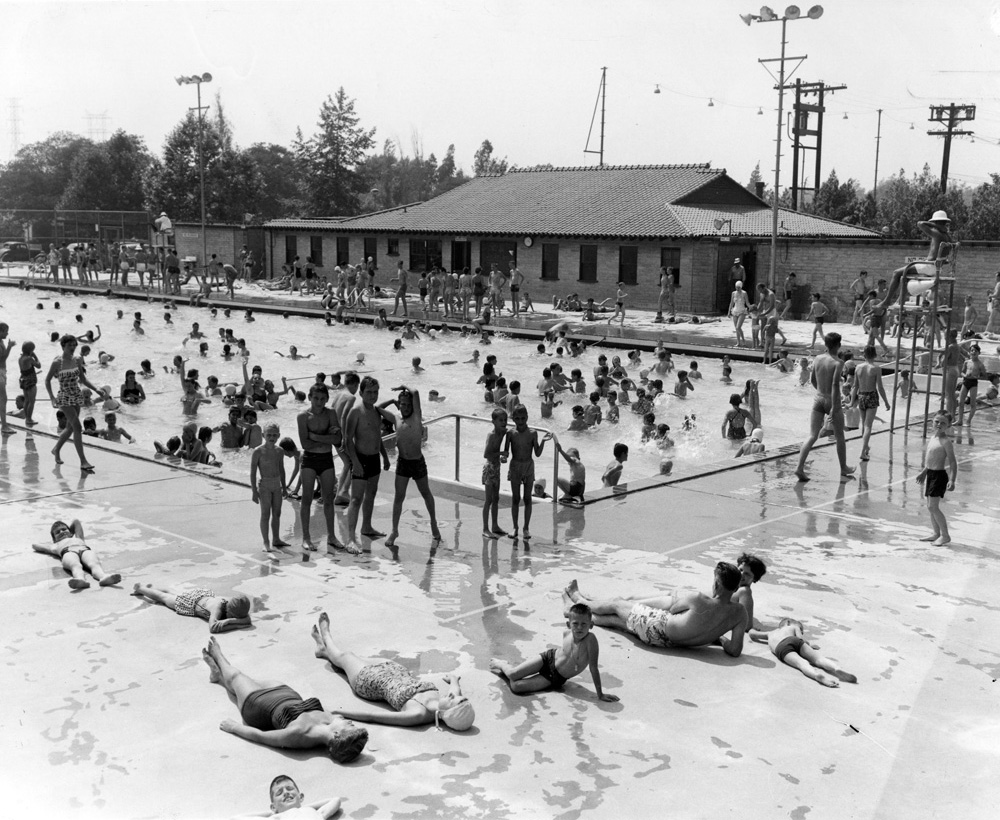